Heathrow decision and how it relates to Manston

What follows is a tweetroll from Jason written after the Supreme Court overturned the Govt decision to quash the permission for the 3rd Runway at Heathrow. The conclusion is that this benefits the decision to stop the DCO for Manston airport.

What next for #Heathrow?

A #thread based on our experience with the UK's first (and only) airport DCO, #Manston, and @slmjh51012's recent presentation for the @The_AEF's  AGM.

Today's Supreme Court Judgment confirms what we knew ... an airport development's impact on ability of Govt to meet its Paris Agreement (PA) obligations will be examined and determined at DCO stage

All eyes now on Section 104 of the Planning Act 2008, which sets out what the Secretary of State must consider in determining a DCO where a National Policy Statement - in this case the ANPS - has effect

Worth noting that if Supreme Court had reached a different decision and ANPS was ruled unlawful, Heathrow could still apply for DCO and Section 105 of Planning Act would come into play in determining the DCO. Here it is

So was the airport development's impact on Govt Paris Agreement commitments taken into account for Manston DCO? Kind of. @PINSgov and @grantshapps accepted it would put UK in breach - of even older targets - and this should carry "moderate weight"

So @grantshapps original decision was to overrule @PINSgov  and grant DCO anyway. Why? Well ... Not quite sure. Successful JR forced Govt to concede it had not given clear reasons to grant DCO, so decision will soon be quashed

Manston DCO decision will now be re-determined. This matters for Heathrow - and others. If we are to have any confidence whatsoever in DCO process, as LHR Supreme Court decision suggests, #Manston DCO must surely now be refused

Local campaigners are prepared to take this further with continued JR if needs be. Not sure @grantshapps wants this going to court as risks creating case law that may impact on future airport DCOs

What follows is the conclusion by No 3rd Runway Coalition 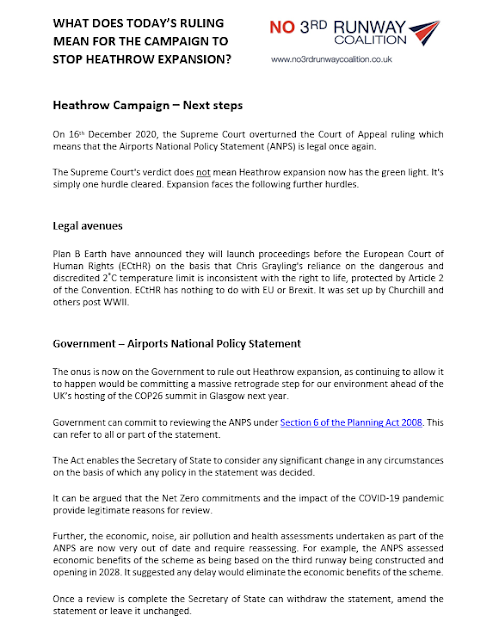 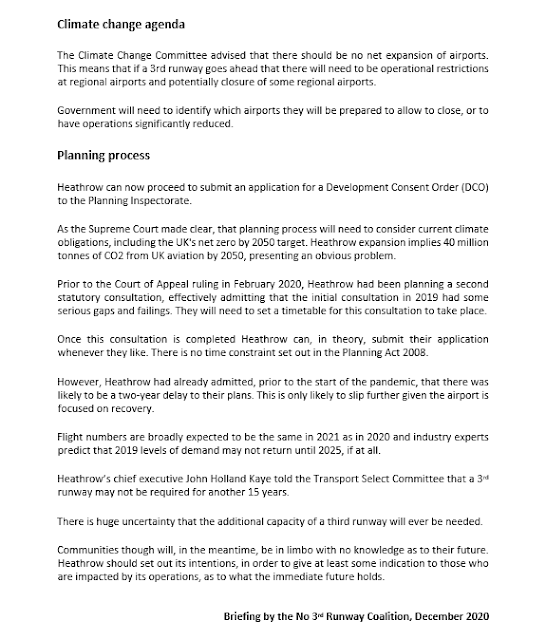